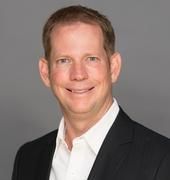 In 2015, Michael and James were on their school’s committee charged with finding more STEM programming. After reviewing various options, Mike and Jim realized that the most affordable route for families would be to create their own after school coding program. Since then, Mike has been a teacher, program manager, fundraiser, and evangelist for Bytes for Bits, while also an advocate for computer coding in early education. In parallel, Mike has spent over a decade with Merrill Lynch and is currently a Senior Vice President. Mike is a longtime San Francisco resident and proud parent of two boys in 1st and 3rd grade.